A recent article, published in Communications Biology, has outlined a method for expanding our understanding of host-microbiome interactions that will assist drug discovery through predicting metabolite-target interactions.

Endogenous metabolites are produced in the gastro-intestinal tract (GIT) by microbial and human metabolic processes. They are known to have a significant role in modulating host immune responses. Therefore, targeting cross-talk between microbial metabolites and human host receptors has therapeutic potential. However, disentangling these interactions to retrieve meaningful information remains challenging.

Observational studies of microbial metabolite abundances in human disease cohorts can suggest a general association with disease etiology. However, these studies are unable to identify specific metabolite-host receptor pairing or causal relationships. Conversely, mechanistic studies focus on a few selected metabolites that are screened against specific receptors. These mechanistic studies are limited by our current knowledge of metabolic pathways. They are also difficult to scale to identify the hundreds of interactions with druggable potential. Therefore, new approaches are needed to develop our understanding of host-microbiome interactions. It is hoped that this will assist in drug discovery for diseases such as Inflammatory Bowel Disease (IBD).

The number of receptor-ligand databases is increasing, which has greatly improved potential areas for drug discovery, while also giving mechanistic information regarding metabolite-protein interactions. The researchers behind this study carried out large-scale computational analyses, using chemoinformatic and bioinformatic approaches. Their aim was to identify multiple and specific interactions between endogenous metabolites and human host proteins. The study used a multi-omics dataset from an IBD cohort published by the Human Microbiome Project 2 Consortium (HMP2). This dataset was chosen as IBD includes conditions such as Ulcerative Colitis (UC) and Crohn’s Disease (CD). The etiology of these conditions depends on the interactions between the GIT microbiome and the immune system.

The researchers then used virtual ligand-based screening to predict the activity of the original query metabolites on multiple targets. This was based on historical assay databases that contain interaction data between similar molecules and specific targets. Those behind the study believed that the predicted interactions they generated would further our understanding of host-microbiome interactions and ultimately assist in drug discovery.

This study used machine learning algorithms on the HMP2 IBD multi-omics dataset to evaluate the importance of each metabolite in the context of the whole metabolomics profile. A consensus scoring method was also used to minimise biases across the different algorithms. Compared to the previous HMP2 IBD study, their consensus scoring system resulted in more relevant metabolites without recurring to a dysbiosis score, an index derived from the beta-diversity analyses of metagenomic specimens, which has issues with reproducibility across cohorts and has limited translatability to treatment purposes. Enrichment and depletion patterns expected from UC and CD from the HMP2 study, were confirmed by the method used in this study.

Therefore, the researchers believed that consensus scoring for each metabolite across the whole metabolomic signature of the disease state is better at defining the hypothesis for metabolite-target interactions. Additionally, although consensus scores had significantly different distributions between CD and UC patients, it was not particularly impacted by the metabolite ontology. This reflects the strong relationship between diet and microbial metabolism.

Several host-metabolite pairings emerged from their analyses, which have yet to be explored for drug purposes. For example, hydrocinnamic acid, which is ingested through seeds and metabolised by the Clostridia species, has known anti-inflammatory properties. The researchers found that hydrocinnamic acid was depleted in both UC and CD patients. In addition to that, Hydrocinnamic acid has a mild inhibition effect on toll-like receptor 7. This receptor is a known activator of NF-κB expressing cells, and therefore might be useful to dampen the inflammatory response.

In total, this study identified 983 high-quality hypothetical connections between gut microbial metabolites and human proteins, with potential relevance to IBD and other immune-related conditions. However, proposed connections require further validation to establish their direct role in the disease causality or progression.

Nonetheless, this study outlines the relationship importance of diet and human-hosted microbiota in controlling the immune system response. Moreover, it provides a method for predicting metabolite-target interactions that can be used for drug design. 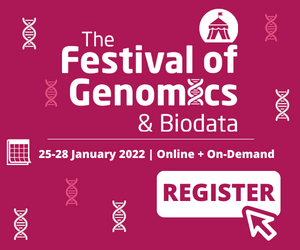